Storm Bronagh, the second named storm of the season, brought heavy rain and strong winds to the UK on 20th and 21st September 2018. See here for a full summary of Storm Ali and Storm Bronagh.

The footprint of Storm Bronagh was clearly visible in surface analyses based on WOW observations. The dense network of WOW observations over England and Wales, along with other sources of observations, meant that we could track this storm in great detail. See below for the evolution of the storm. At each time step an analysis chart showing the position of the low pressure centre and associated weather fronts has been provided, along with an analysis produced from WOW observations. The colours on which represent temperature, the arrows are wind vectors, and the dark blue lines show surface pressure. 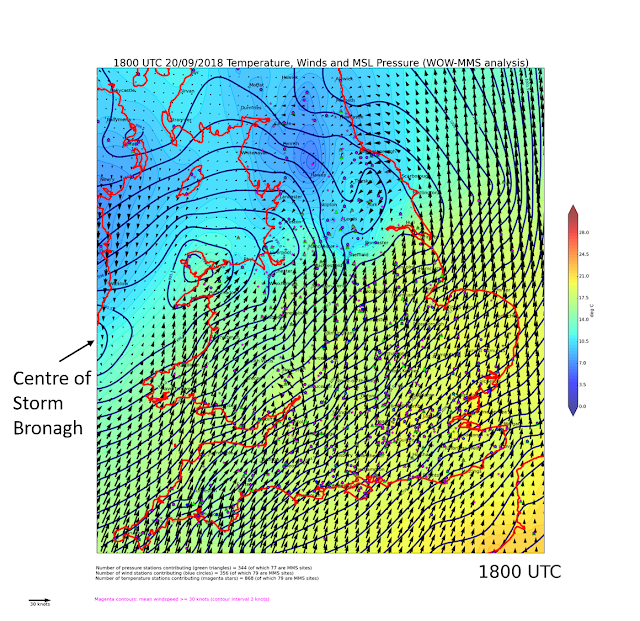 Strong SSW winds can be seen in the warmer air (the warm sector, between the warm and cold fronts) across much of England and Wales. 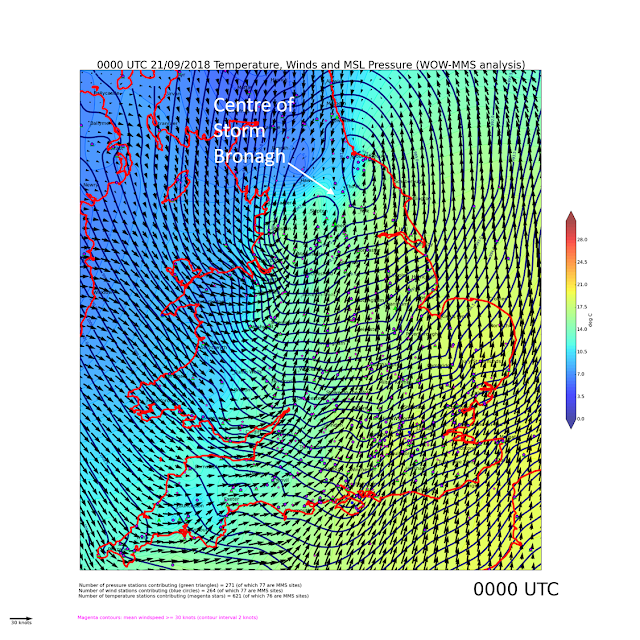 The centre of the storm is now over NE England. Cooler air can be seen moving into the West behind the cold front. The wind is still very strong across Eastern England. Bronagh has moved off into the North Sea. Cooler air and Westerly winds can now been seen across England and Wales.