After the highest temperature recorded in the UK since July 2015 was recorded, a News Release from the Met Office described how the hot conditions would end in a bang, with intense thunderstorms forecast.

Summer showers and thunderstorms are notoriously difficult to forecast, we know if the conditions are right for them to develop, but predicting the exact time and location can be likened to trying to predict bubbles in a pan of boiling water! That said, thanks to WOW observations, Meteorologists now have one more tool to help predict when and where damaging thunderstorms are likely to occur.

High resolution surface analyses, which include input from WOW observations, were being trialled by  Met Office Meteorologists to help inform where thunderstorms were most likely to break out on the 26th and 27th July. The thunderstorms on the 27th July produced damaging winds and hail across Eastern England. 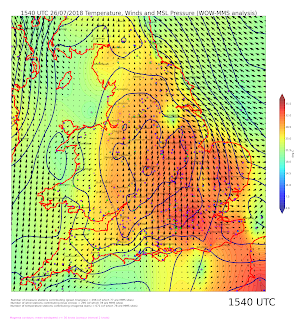 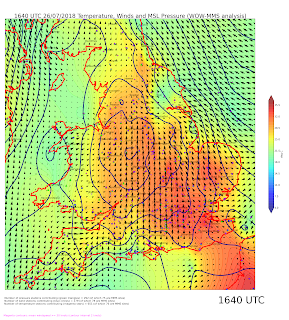 These plots, based on data from WOW observations, are from the afternoon of 26th July. The shading shows surface temperatures, the lines are surface pressure, and the arrows are wind vectors. A growing area of cooler air and higher pressure can be seen over North East England. This was a ‘cold pool’ associated with an area of thunderstorms, which can be seen on this rainfall radar image from around the same time: 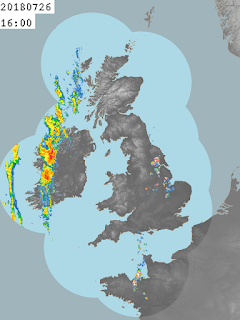 Cooler, denser, air from the downdraught of a thunderstorm meeting warmer air at the surface can lead to further developments. The thermal boundary between cooler and warmer air highlighted on the plots from the WOW observations pinpointed where further heavy showers and thunderstorms would develop over the coming hours. An hour later the thunderstorms had developed further and the radar image looked like this: 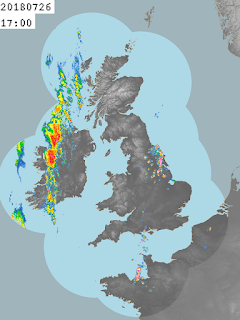 These plots from July 27th show convergence, where air travelling in different directions meets (converges) and is forced to rise. Rising air is one of the ingredients for heavy showers and thunderstorms. The pink areas over East Anglia and Lincolnshire on the plots, which are again based on WOW data, highlighted an area likely to see thunderstorms develop on the 27th. Thunderstorms were expected to develop here once the temperatures were high enough for them to do so. Reaching a certain ‘trigger’ temperature is often another ingredient for thunderstorm development. 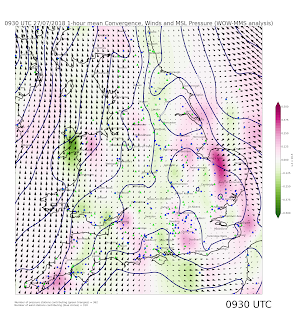 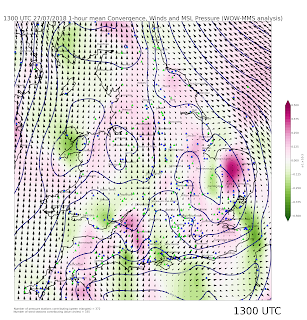 Nothing can be seen on the radar image over East Anglia in the morning, but by late afternoon intense thunderstorms had developed in this area: 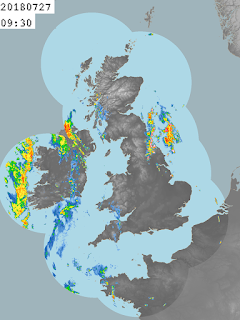 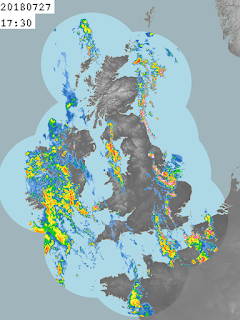 There were other factors that led to the development of these thunderstorms, in addition to those discussed above, and Met Office Meteorologists would have been using all the different sources of information available to them to monitor the situation. The analyses drawn up from the WOW observations are just one of many tools our Meteorologists use, but the observations provided by our voluntary observers are certainly being put to good use.